This is the Notification Bar.

Funny Cars are No Drag

Three Ladies Who Switched Gears in the Auto Industry 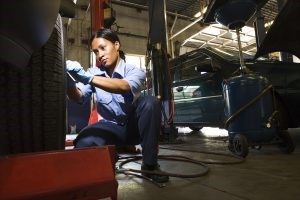 When we say “automotive industry”, who is the first person that comes to mind? Is it Karl Benz or Henry Ford, two of the most popular automobile engineers? Maybe it’s a competitive driver, like A.J. Allmendinger or Jeff Gordon. Heck, if you have little ones racing around the house, you’re probably thinking of Lightning McQueen or Tow Mater from Cars. These people, and characters,  have had a huge impact in the automotive world, making them well known household names. They also have something else in common; they’re all male.

There are many women who have made significant changes in the automotive industry. It’s just pretty hard to think of a woman who has stamped her name in automotive history. Women, like Florence Lawrence and Nellie Louis Goins, often get overshadowed when it comes to this prominently male dominant field. Today, we’re giving some women the recognition that they deserve in honor of Women’s History Month.

Florence Lawrence, or “The First Movie Star”, was the first filmed actor to be publicly named. While the young actress was most known for her roles on the screen, she became a director of the road through the creation of two of the most common driving tools we use today. Noticing that there were many automobile accidents happening, she invented her own version of our modern day turn signals: “auto signaling arms”. Flags on both sides of the vehicle were raised or lowered by the operator of the car pushing a button, indicating to other drivers which way you were turning. Lawrence’s second invention is what we know today as brake lights. She painted the word “Stop” on a sign to let people know that she was slowing down or coming to a halt. Unfortunately, Florence never patented her inventions, which caused them to fall into the hands of mass producing companies. 3

In 1943, Helene Rother became one of the first women to succeed in a man’s industry as the first female automotive designer. She was hired by General Motors, working on upholstery colors and fabric, door hardware, seat construction and lighting.  She joined Nash-Kevinator from 1948, creating elegant interior designs that were advertised as “irresistible glamour on wheels”. Having a keen sense of fashion, Rother emphasized her elegant designs through coordinated colors and the addition of trim, resulting in a new female audience for the automotive industry. In 1951, she was awarded the Jackson Medal for excellence of design and became the first woman to address the Society of Automotive Engineers. 1

One African American woman who made automotive history is “Nitro” Nellie Louise Goins. In the 70’s, Goins was a funny car, or drag racing car, owner and driver, who attended many drag-way race events. Her car of choice was the A/FC Barracuda, also known as the “Conqueror”, and later she sported a Mustang funny car.  Goins was known for the work she did on her cars, like welding and drilling their fiberglass bodies. Once quoted for saying, “It began as a dream and prayer”, Nitro Nellie turned her dreams and prayers into her reality. 2 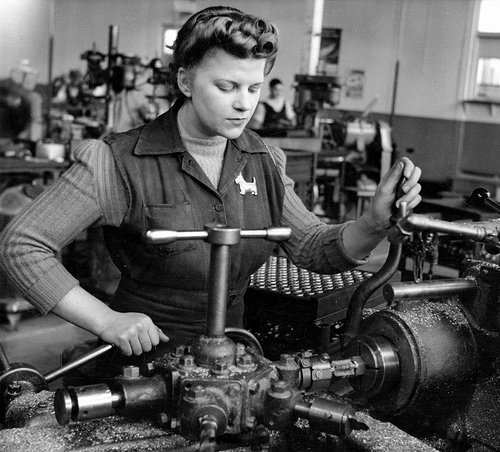 Women have been involved in the automotive world for so long, but their accomplishments just don’t seem to have the same impact on car enthusiasts as men’s do. Leaving lasting contributions in safety, design and sport, females continue to exceed expectations in this male driven world. So now, the next time you are asked about a “who” in the auto industry, perhaps the first person you’ll think of will be the actress who came up with two solutions to reduce the number of accidents occurring on the road. Or maybe you’ll think of the female who, instead of limiting design to offices and buildings, created the sleek and fashionable interior of a car. If thrills are your thing, then the woman who couldn’t resist the need for speed and wouldn’t let anyone stop her from racing could be the thought that pops in your head. Regardless of who does come to mind, we hope that learning a little about these women has inspired you to look deeper into the achievements of women in every industry. Happy National Women’s History Month!